Welcome to the first post of FLart, which stands for Florida art. After 10 long years I'm slowly falling in love with this state. At first I found it to be a bit restrictive...it's not exactly the same as the Colorado that I came from and I'm used to. The biggest thing that I felt was that was missing with Florida was a true art community...as time progressed I realized that there is much more of a community here then I originally thought.  This blog is mostly going to be a celebration of my artistic friends and showcasing their ability. This will be a fairly free from blog that will be continuing to evolve as time progresses.  Thanks for checking it out! 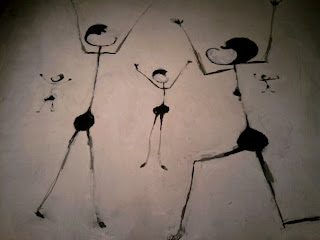 This piece is by a friend of mine, Roger Warren. His art strikes me with its minimalism, his art is a celebration of simplicity. He comes from New York and you can see it in the art. 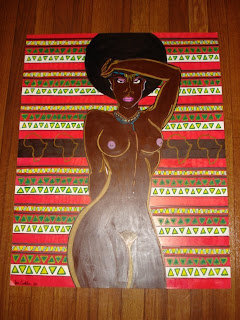 Another New York Artist is Sean Conklin. He's new to the Orlando Art scene but his art is very stark and interesting. He makes very vivid pieces that are as vivid as his personality...The entire time talking to him he had a large infectious smile on his face. I haven't seen such a happy person in quite a while and it was very refreshing. His art is inspired by street art and it shows. I'm very glad that Orlando Has such a great new addition. 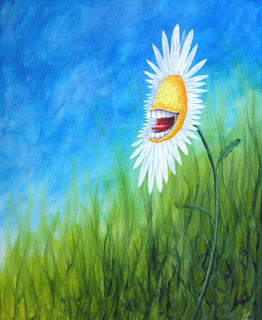 Jason Lee's art is very deep or very surreal depends on which piece you look at. I enjoyed talking to him because this soft spoken artist was very wise. I immediately assumed  he was a right brain kind of guy when in reality he's more of a right AND left brain kind of guy. This kind of balance perfectly describes Jason and his art which teeters between scientific surrealism and spirituality. Very interesting art that might answer your questions or create new ones. I'm glad that I got the chance to meet him. 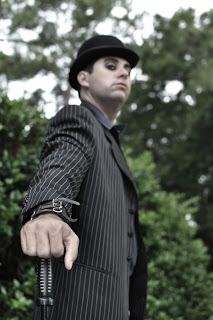 On the surface one would think that the inclusion of Emily Fidler would be simply based upon the fact that she's my girl friend...however nothing could be further from the truth. I am honored to call this photographer girlfriend, the way she turns the normal into abnormal, the way she presents the world around her is very visually appealing I'm always looking forward to new pictures from her.
Posted by FLART at 5:09 PM No comments: