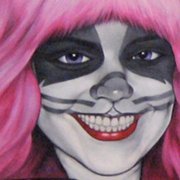 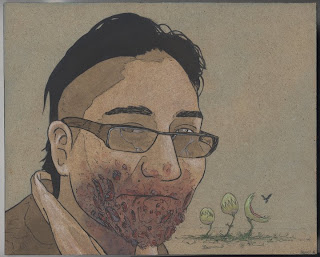 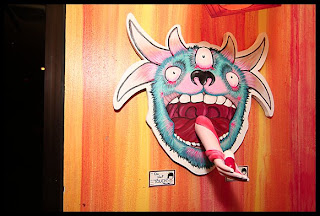 From what I saw, Michael McGrath's work is best described as Disney on acid. I love all of his pieces, he makes cute and cuddly creatures that are twisted and demented. From what I've seen, one of my personal favorites is a picture of a three headed bear who is eating a jar of prescriptions. His work is twisted and creative and is just begging to become animated. I liked what I saw so far and if that was any indication of what his body of art is like then I look forward to seeing much more from him.
Posted by FLART at 9:32 AM